Here’s our regular guide to the most important happenings in the worlds of sport sponsorship, digital and data.

CATCHING UP WITH THE FOLLOWER FACTORY

Slowly but surely the world of social media is being brought into line, and will have to play by the same rules as everyone else. Recently The New York Times published an in-depth report on Devumi, a company who offer social media services, including interviews with people who alleged their social account details and profile pictures had been copied to create realistic “bots”. It is alleged that others who wanted to increase their follower count, including sports stars, actors, entrepreneurs and political commentators, could then pay to be followed by the bots. On social media, high follower accounts boost influence, which can impact public opinion, or bring advantages, such as job offers or sponsorship deals, to account holders.

It’s really worth your while reading the whole piece, as it will help you understand the currently murky ‘follower/fan’ world, and hopefully herald the start of a new era.

To read the full article, visit The NYT link

SUPER BOWL – WHO TOUCHED DOWN?

This year’s Super Bowl ads ran the gamut from tame humour to messages about social causes.  After a divisive year, advertisers during the Big Game worked overtime to win over audiences with messages that entertained and strove not to offend. The slapstick humour and sexual innuendo that used to be commonplace during Super Bowl ad breaks were nowhere in sight.

To read the full article, visit the Daily Telegraph link

Super Bowl in review: University of Oregon ad students weigh in on this year’s ads – The Drum Link

The triennial Premier League bidding season approaches. Since around 2006, it has been traditional at this time for stories to emerge that a scary, cash-rich bidder might swoop and take the rights from Sky. Sometimes, the stories feature a berated-as-irrational TV player, such as beIN Sports, but, often, the bogeyman is one plucked from a list of global web or tech players. These stories are then quietly encouraged by those who would seek to talk up the price, whether Premier League executives, club chairmen or players’ agents. But the stories usually gain little traction and the claimed usurper never turns up.

One of the more intriguing elements in David Beckham’s landmark move to LA Galaxy in 2007 was the US$25 million option in his contract to purchase a Major League Soccer (MLS) team. Now, 11 years on, what seemed an ambitious clause in a remarkable deal – an unlikely sweetener ostensibly inserted by MLS to secure the signature of its most high-profile signing ever – has finally come to fruition.

To read the full article, visit the Sportspromedia.com link

BARCA – THE REAL DEAL FOR SPONSORS

To read the full article, visit The Drum link 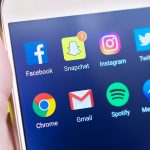